Skip to content
October is almost over…..and I’m a little late in posting this!  🙂  But we did some fun things this month and I wanted to show you!

October is a rich month liturgically speaking – with St. Therese, the Feast of the Guardian Angels, St. Francis of Assisi, St. Faustina, and more!  We enjoy choosing a Feast to celebrate and focus on each month.  This year we’re studying the Middle Ages in History: Crusades, Knights, Chivalry, so it made sense to really celebrate The Most Holy Rosary of the Blessed Virgin Mary on October 7.

The Feast of Our Lady of the Rosary was instituted to celebrate the victory of the Christian Fleet over the Turks at Lepanto on October 7, 1571.  The naval battle was by no means a sure win for the Christians.  Pope St. Pius V asked all Christian faithful to pray the Rosary, asking for victory as well as asking the cardinals of the Church to begin fasting, and he ordered the 40 hours’ devotion be held.  When the battle took place, the Holy Father, 1000 miles away in Rome, walked to the window, opened it, and miraculously knew and announced the victory of the fleet at the exact moment of the great win of the Battle of Lepanto!  He immediately went before the Blessed Sacrament to thank God for the great victory!

“Mary, powerful Virgin, you are the mighty and glorious protector of the Church.  You are the marvelous help of Christians.  You are awe-inspiring as an army in battle array.  You eliminated heresy in the world.  Amid our anguish, struggle, and distress, defend us from the power of the enemy, and at the hour of our death receive our soul in heaven.”  St. John Bosco

The October Feast Table is set up with a simple statue of Our Lady.  I took a blue silk

and draped it over two big blocks.  Over that I draped a piece of white lace, and placed the statue of Our Lady in a position so that she could look down on our little Battle of Lepanto scene.  We gathered together all of the blue rosaries we had for our scene.  We draped one Rosary over our statue and the rest we arranged symbolically in a way that the Christian ship seems to be sailing on a sea of…rosaries!   Then, the kids made clay ships fashioned after the galley ships used in the Battle of Lepanto.

Now, the kids want me to tell you that the ships should be the same size…but they were fashioned separately by two separate children…and thus are different sizes.

Clay craft
Galley vessel for the Naval Battle of Lepanto

* A set of clay tools

is not necessary, but very helpful!
* Toothpicks for oars (and they add stability for the masts)
* Small bits of paper and markers for making the flags and sails.
* The old Treasure Chest of Fun and Fact ( a Catholic comic series from the 40’s to the 70’s, now digitized and available free online for printing and reading) comic on The Battle of Lepanto.

First, read The Treasure Chest’s Battle of Lepanto comic for background on the Battle, the type of ships used, and some great pictures for reference and for carving inspiration.  With the clay, begin by carving out a rectangle from the block of clay and pinch the ends until they form a point at the fore of the vessel.  The aft, or back, of the galley ship isn’t as pointed because it houses the captain’s quarters.  Try to add the captains quarters by pinching off another small piece of clay from your clay block and shaping it until it fits on top of the back of your vessel.  Carve windows if desired.  Add two large masts, one at the fore and one at the center of the ship, and with paper, cut out two triangle sails for the lateen sails on the vessels.  Complete your vessel with the appropriate flag indicating whether the vessel sailed for the Holy League or the Ottoman Empire.  Add toothpicks for oars!

by Henry Garnett – historical fiction, 14yo who joins the Christian fleet at the Battle of Lepanto, told from young boy’s point of view.
* The Last Crusader: A Novel about Don Juan of Austria

by Louis de Wohl – In Lepanto, Chesterton calls Don Juan, “the last knight of Europe,” Don Juan of Austria was the commander of the naval fleet for the battle of Lepanto.
* St. Joseph Book of Saints, Part 6

by Father Lovasik has a section for Pope St. Pius V.
* Saints for Young Readers, Volume 2

, by Susan Wallace, Melissa Wright – has an entry for Our Lady of the Rosary on p. 190 – this is a great book with simple daily readings for following along with our family of Saints for the liturgical year.  I highly recommend them!  There is also a Volume 1

which covers the first part of the year.
* An Army in Battle Array

by Mary Jean Dorcy (OOP) – the section on Pope Pius V (the pope that called for all of Christendom to pray the Rosary for victory during the Battle of Lepanto.) More at New Advent on Pope St. Pius V.
* No Place For Defeat: St. Pius V

by Nancy Faulkner (OOP) – This book is about the Knights of Malta, or Hospitallers of the Island of Malta. It was originally published in 1964 as part of the Clarion Books series. You can read more about the Knights at New Advent:

The Knights of Malta“…formed a valuable contingent during the great expeditions of Charles V against Tunis and Algiers and at the memorable victory of Lepanto.”

* Crusade Magazine: Adventures From Our Catholic Heritage by the Maryknoll sisters (OOP – but so worth the hunt through attics and used book stores if you can find them!!!!)

A Little Something Extra…

* Here is a great Battle of Lepanto game with instructions, strategy, printables!  (for older students)
* Design Your Own Coat of Arms

From the prayers of the Mass of The Most Holy Rosary of the Blessed Virgin Mary:

“…by means of the mysteries of the most holy Rosary may we so keep in mind the life, passion and glory of Thine only-begotten Son that we may be made worthy of His promises.”

Our Lady Help of Christians, pray for us! 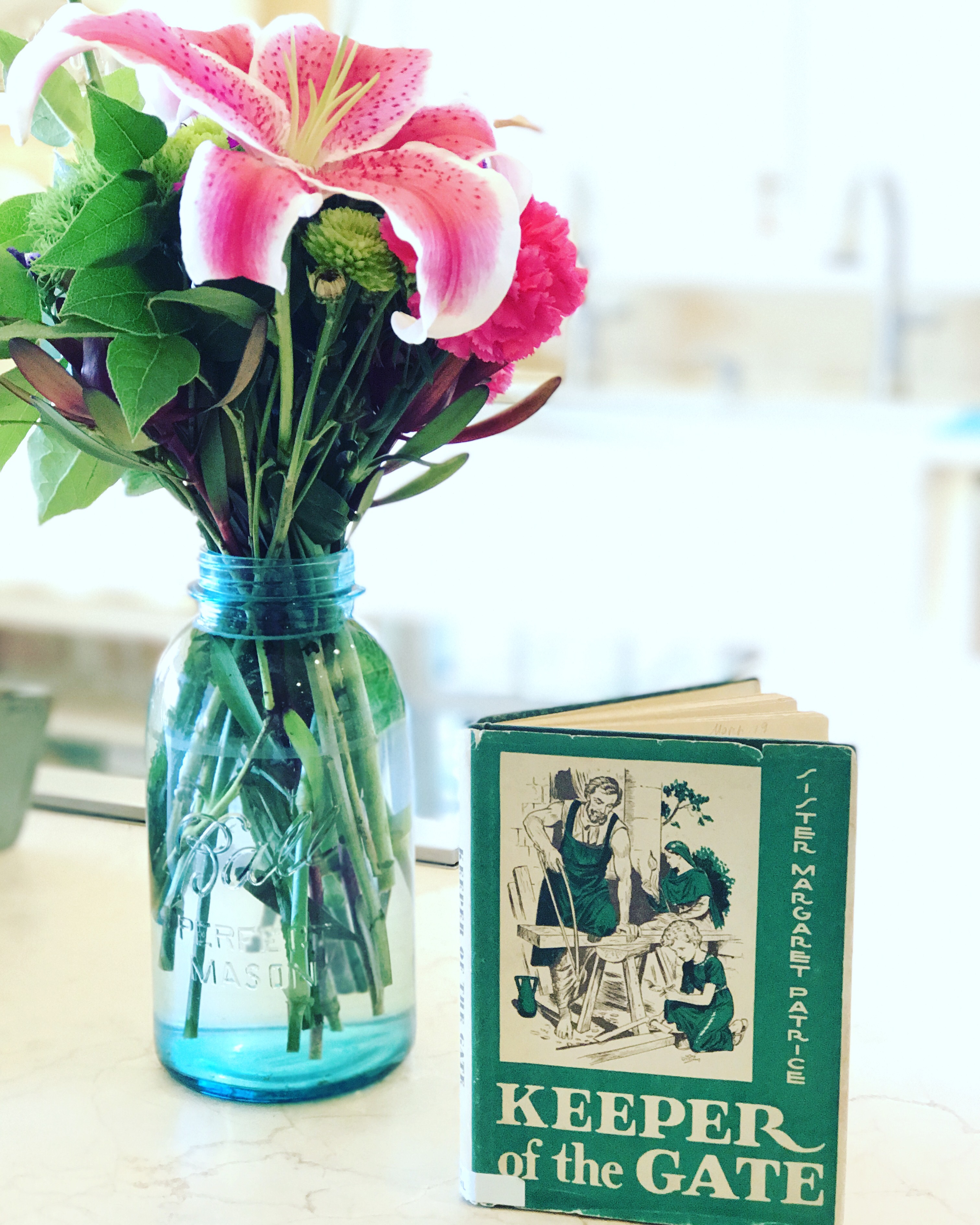 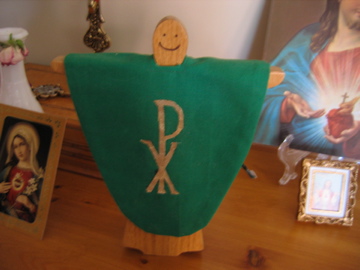 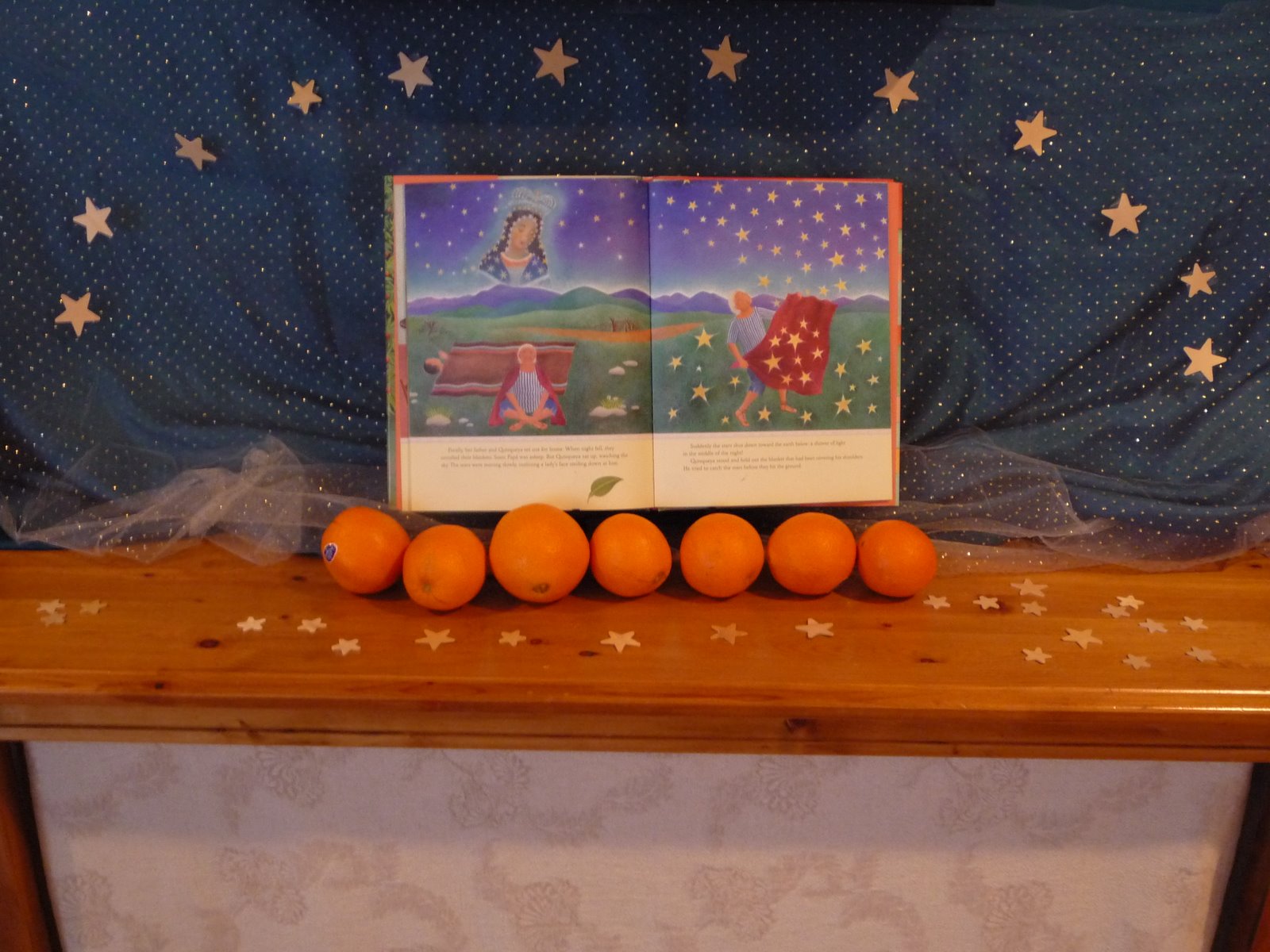